On the facebook platform I've been termed names ranging from 'Feminist' to 'Man-hater' to 'Lesbian' and some of these people have it in their head that I do not want to get married. Their reasons range from the fact that the notes I publish there and sometimes status updates I post are men bashing and not 'feminine' enough. I have been advised countless times that if I want to get married I should stop talking about things that might annoy men and don't make any controversial comments.

What they say make perfect sense... but not to me. I don't know how many of you out there are still in the market...as in single...no boyfriend no husband...just living your life happily single. Have you heard the kind of  scoping/toasting/razzling going on now? In the good old dayz, before a man approaches you he would say a word of prayer to his God or god and ask that his mission is made successful... that she doesn't turn him down or embarrass him... he approaches her with a confident smile and says his piece but you as the girl gazing into his eyes cannot miss that hint of uncertainty that melts your heart and makes you agree or put him down gently so that he at least leaves with his pride. And if you do agree to go on a first date with him, to God be the glory that is one of his happiest days, he comes to pick you up or meet you there bearing gifts and acting all gentle manly... he walks by your side like you are the most adorable and precious thing that has happened to him since he entered puberty.

Welcome to 2011... the jet age...now there is no respect. A man talks to you for the very first time...no, not over the phone, because he doesn't have your number yet... but on face book... you both are chatting and he says:
'I've been noticing you on the group and I like your drive, you really are a proper Delta girl' and you both get talking... and since you cant always be on facebook chatting, you give him your BB pin when he requests so the flow can continue. Then two days into BB chatting he goes:
'I haven't said anything yet but you seem like the kind of girl I need in my life'.... then he drops the word marriage and love and expects that you jump up and down with glee at that and automatically like him regardless of the fact that you don't know him well, then two days after that he is talking on how he will like to work on some aspect of your character and he will like you to work on him too '... thats if you are going to be my wife'  What??? Nigga what? Is that a way of telling me to sit up? Proposing marriage like you are doing me a favour? What happened to trying your damnest to make her reciprocate what you claim you 'feel' for her??? You haven't even been on a date you are already planning on how to correct some perceived character flaws... now adays when the man calls the girl he expects her to be joyful because after all they've been chatting on BB.... oh the lies of Blackberry and Facebook and the internet.

And how do Nigerian girls respond to this: 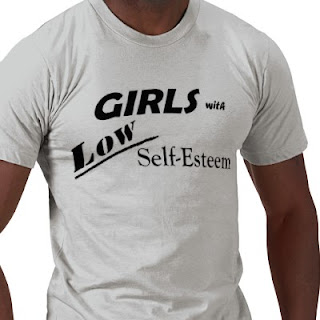 'Ah men this guy is serious'

'oh... he is talking marriage from the get go so it means he doesnt want to play with me'

'ah he is taking me serious'

So they 'sit' up and convince themselves that he is just that way... he loves you but he isn't into all these mushy mushy way of expressing it.... He tells them:

'So if I dont call you for four days you cant check on your baby boy?' and she apologises and promises to do better. You guys go on a date and he allows you pay the bill and you convince yourself its because he likes independent women... and the day you see his hands down the front of another lady's shirt, you shrug it off and say 'its me he wants to marry..its me he comes home to'

So I've come to the conclusion that women have thrown their self worth to the bush for the dogs to eat and they are left feeling like they deserve the crumbs because in their head, no body gets the bread any more... the crumbs is all we get and deserve. So they fight for it and hustle to keep it. Rubbish!

SO please... those that are in successful relationships, married or otherwise.... is this how it was when you got your good man?? Tell us let us know....make we learn

But in the meantime let me say this to the ladies reading this.... you are good the way you are... you matter... your life has value. please don't stoop to the lowest level because you are afraid that is all you deserve. You deserve much more.... don't settle for less than you are worth

Its not laziness... its not for lack of something to blog about... its not distraction. My new laptop is going to take all the blame for my not blogging as much as I want to. As beautiful as it is with very authentic keyboard and lovely feel, I just cant seem to connect with it... the idea of switching it on and using it for more than 30mins  is something I don't look forward to. I guess we haven't bonded yet.

So what is this thing I am about to talk about? I'll tell you.... my ex boyfriend, one of my ex boyfriend told me this morning that he proposed to his girlfriend and that she said 'YES'.... for some reasons that has gotten me upset since morning. His email...which was a reply to my email, because we keep steadily in touch... came in today by 9:15am...and since then I haven't stopped cooking. I made a one week full pot of Vegetable soup with beef, kpomo, stock fish and croaker fish....after that I made a two weeks pot of chicken stew, after that I made Jollof Rice...and the house help had to beg me to stop when I told her to go to the market to get me ingredients to fry chin-chin.

Cooking is not my favourite thing... but its what I do when I'm upset. Either that or cleaning. How can my Angel  be planning on marrying next year. We broke up in 2006... but we have been friends since then, he's one of my best friends, my confidante...my ace. We talk about everything and gossip everyone, and when he started dating this chick in UK early this year, I thought it was just to get over his last relationship....so where did all this proposal/marriage thing come from now? 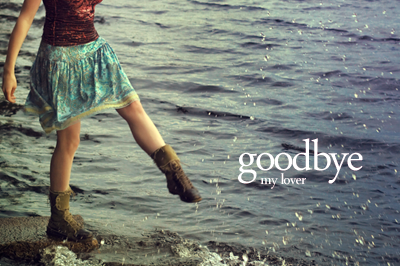 I'm happy for him, not because he will soon be getting married, hell no, seriously that is one man I don't want marrying anyone...that is anyone except me (or at least till I'm married)...No I'm happy for him because he sounds extremely happy, happier than he has been for a while. And he deserves to be happy because he lives his life making others happy. But I cant shake the feeling that I am losing my friend to a stranger... there's this pain at the bottom of my stomach that sends me to the bathroom every time I think of it. I cant tell anyone this because they would think its ridiculous and laugh me to death... its been five years come on. Thus I'm blogging about it.

Something I reluctantly learned from this, this morning was that I can fully move on now... I realised that I've never ever completely given anyone else 100% of my love and heart and always left an escape door open in every relationship I have been in the last 5 years...because there has always been a tiny weeny part of me which hoped...and wished that despite everything in our past that made us part ways, we may one day get back together. Well there goes my that.

I need to stop here... re-reading what I'm writing makes me want to go to the bathroom again.

Oh yeah, I got a Honda CRV car on saturday of last week... I'm yet to pimp it.

I'm still searching for a job while still going for physio. I should maybe think seriously of starting my own business...but what?

If you dont know Joxy  then you are missing alot. She's a great blogger and has been a great friend to me... besides she likes cooking, so much that I've never met anyone except my mum who enjoys the act of cooking like she does.

I love you all