...On the subject of TRUST 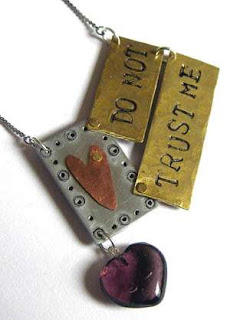 Hello…can’t believe I haven’t put up anything this week…Imma so blaming it on the flu I’ve had since Monday, it’s bad enough trying to go thru the day’s work, not to talk about blogging…but I’ve been reading a lot of blogs though

‘’Sweetheart…I can trust you right?’’

My usual response is ‘’I wasn’t raised to trust anyone...’’

While growing up…my dad drummed it into my ears ‘’…don’t trust anyone, people are bound to fail you and sometimes for the sheer pleasure of failing you’’

Initially I thought he had started with all this his many talks again…but as I grew up, or rather as I grew older I realized that he was darn right. Its life and we are all humans…humans are prone to have feelings…promises are made consciously or unconsciously based on these feelings. You know you check out your weight and you weigh above the norm and you get upset and vow…I’m never gonna eat that cake again. You have made a promise to yourself based on that feeling…or you read on woman empowerment, on how women should stand for their rights and not allow any man raise a hand on them and you are moved by it and you promise yourself never to be a victim of a man who beats up on his lady…or how about how you wake up and see the wrong being done in Jos via TV and this moved you and you make a decision to do something to help the families of the victims…


Well these promises you didn’t make to anyone but yourself…so whose gonna frown when u go for that naming ceremony and eat that cake, after all you rationalize that it’s only a piece of cake in three week na and you will jog it off…or when 7months later your new boyfriend slaps you for talking bad about his mama…and you reason it out and say ‘…I had it coming, I have never seen him this mad, I probably pushed him to the wall, he does love his mother’…or how about when office pressure distracts you from everyday day life and by the time you remember Jos, the fights had calmed down and anyways the government seem to be doing well for the victims family….

And then by the time you realize that you made so and so promise some yrs back u make them again and promise yourself vehemently this time to keep them….and the circle goes and on

All I say…and keep saying is that we are humans….and humans make 70% (or thereabout) of their decisions based on feelings…but feelings are fickle and subject to change in a second…Today I feel good, tomorrow I may feel ‘un-good’ so how the hell am I supposed to rely so heavily on another human being when I myself fail myself sometimes?

Yes I can understand working side by side with people and trusting that if they mess up, it was because they couldn’t help it…not some planned sort of ‘messing up’ (this type is the plain nonsense some people do, they plan in advance to mess u) , but to expect people to be all they can be, or expecting them to be all you and G*d know they can be? Nah…not me…as far as I’m concerned, that is the quickest route to Disappointments. And I find out that when ever I forget those words my dad said those years ago, I find myself on the laps of Mr. Disappointment

On the question of ‘Sweet heart…are you saying I cannot trust you?’’

My answer is simple:

Trust me not to cheat on you
Trust me to be the best for you while we are dating
Trust me that I will never lie to you or steal
Aside that….
Trust me at your own risk

Maybe I'm just a pessimist...maybe one day i'll learn how y'all do it...but for now, I really cannot lay it all out for one human being...be it Mother, Father or Lover...I lay it all for God. I haven't finished trusting myself yet...one step at a time. Me first, then you.

But if trusting others completely, works for you and has never led you to disappointments then show me the way...when I grow up, I'll try it out.


But till then...I trust you to understand

Email ThisBlogThis!Share to TwitterShare to FacebookShare to Pinterest
Labels: Life